The Depths Of AngularJS's Watches 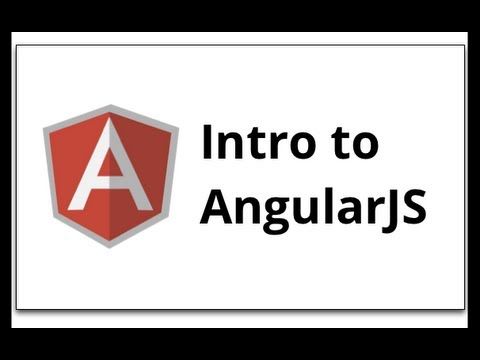 When you want to watch for changes in AngularJS, it is fairly kind to you by default. The kindness comes from trying to optimize performance for you. This is because each watch expressions will run at least once during each $digest loop. I'll not go into when the $digest loop executes and why, and I'll also use watches in controllers in my examples which you should never do, but that's a whole other discussion.

Watch In Its Simplest Form

Here is an example of the most basic watch expressions available, using $watch. It does something you probably would never do in a real world application. It will watch for value changes on $scope.name and reassign this value to $scope.nameAgain.

Now let's take a look at an example that will not work. We have our $scope.people and the ability to push new objects to it. But when pushing a new person to the array, the number of people is not updated correctly even though we have a watch on people.

And Down Into The Rabbit Hole

Let's add a function for incrementing number of clicks to each person. Why you would need that I have no idea of, but we need some kind of example right? We'll add a clicks property to each person that increments on a button click, and then a counter for all clicks. We'll use $watchCollection and see what happens.

We can increment clicks for each person, but we can't get the counter for total clicks to work. That is because once again the collection watch is built for performance, and it won't watch for property changes inside the collection.

For watching on property changes within a collection we need to go back to using $watch again. But this time we will pass true as a third parameter to it. That is $watch('collection', function() {}, true).

Success! Our total counter works. We're now using the slowest version of watch, in this extremely simple example it won't matter anything though.

When we want to watch for property value changes, whether it's a simple scope property or a property on a collection, we use $watch. Just note the implementation is different for the two use cases.

When we want to watch for manipulation of collections, when adding or removing items for example, we use $watchCollection.

There is one special case for using a regular $watch when watching for manipulation of a collection. It won't be very useful in a lot of application, but it's worth mentioning. That is when you reassign a collection, then a simple watch for the collection variable works. Take a look at this (shitty) code:

Here we're pushing all objects into a new collection and then reassigning the old collection to the new one. And as you can see, a regular watch expression works fine there.